by Sir Harold Peto for the gardens at "High Wall", Oxford,

each with a turned capital, a plain stem with entasis, and raised on a torus foot and a square plinth base,

These four columns formed the termination of Peto's celebrated pergola at High Wall.They are in a "ruined" state - salvaged and available for sale due to a very large adjacent oak tree coming down in a storm and demolishing the western end of the structure. The pergola was fully restored; the component parts to the original columns that had been felled were deposited in the woods where they remained for some years. We are very pleased to have extracted them and reassembled them. They are scuffed, chipped and weathered - and rather attractive for it. Please enquire about other component parts which, with additional masonry, could be used to extend the colonnade to six columns.

High Wall tops the dramatic escarpment at Headington affording views down to Magdalen College and the dreaming spires of Oxford beyond. It was a prestigious build for architect Walter Cave (1863-1939) and by the time they broke ground for the building of the house in 1910, Sir Harold Peto had already been engaged by the owner Miss Katherine Fielden, to wrap his signature italianate gardens around the house. 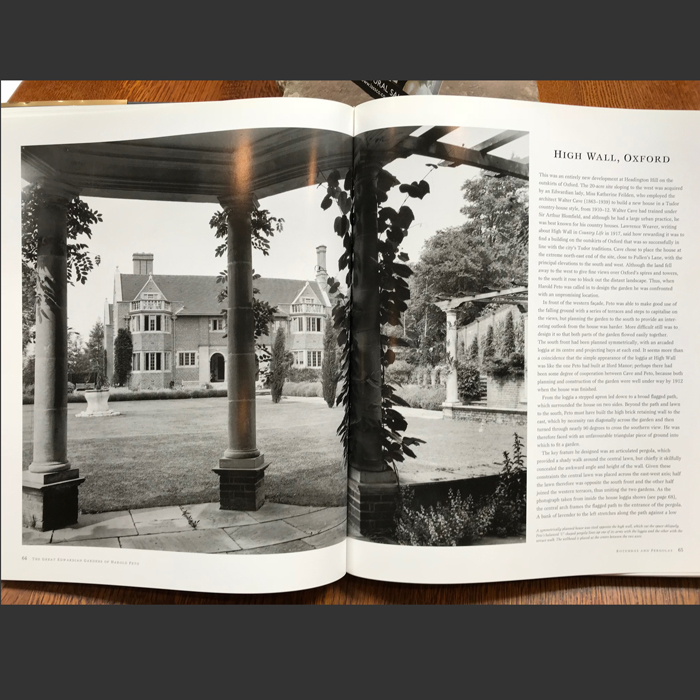 The results were celebrated in Country Life in 1917 - the pictures being reproduced in Robin Whalley "The Great Edwardian Gardens of HAROLD PETO", Aurum Press 2007. Whalley comments how there are indicators that Cave and Peto must have been working in cahoots with their respective house and garden designs and notes that the steep terrace, the triangular site-plan and the location of the house tucked into the corner of the site, gave Peto a challenging context. He articulated the space cleverly, Whalley comments:

"The key feature was an articulated pergola, which provided a shady walk around the central lawn, but chiefly it skilfully concealed the awkward angle and height of the [retaining] wall. ...[It] differs from Peto's other pergolas in England but was reminiscent of the wide use of pergolas in the Riviera gardens of the time (in particular the curving structure at Isola Bella near Cannes, makes an interesting comparison)." 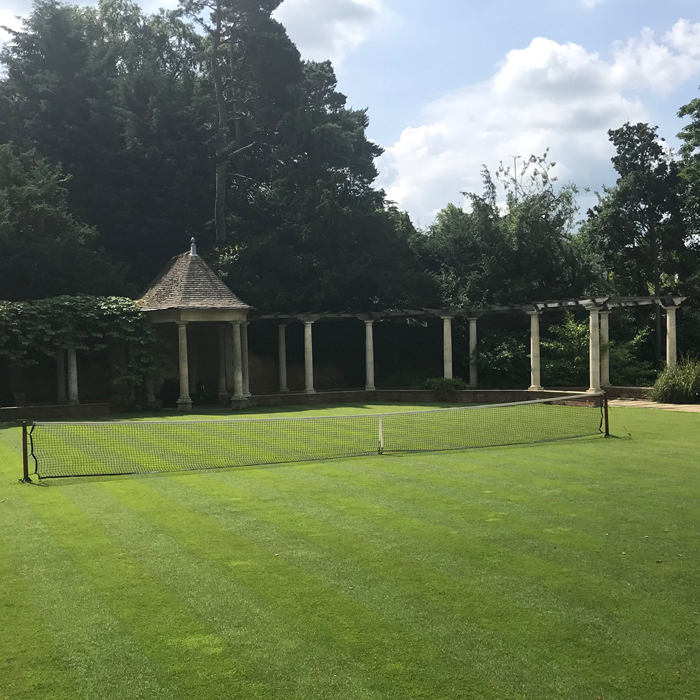