removed from a Buckinghamshire estate, probably 18th Century or earlier,

the domed top - circular in section, raised on the tapered base - square in section, and bearing moss and lichen commensurate with great age, 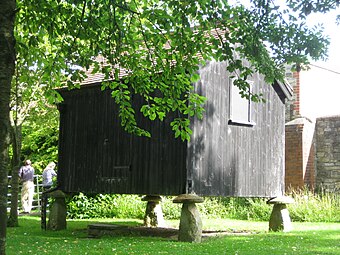 Above: Haversham Granary c.1835, raised on Staddle Stones. Now at The Chiltern Open Air Museum having been salvaged in 1991.[photo: A.Reeve] 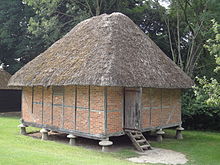