the tri-partite bas-relief carved backplate, centred by a life-sized standing nude, perhaps Polynesian in appearance, and eloquently carved with her hands raised tending her long hair within a recessed panel, she is flanked by a subordinate pair of figures, smaller in scale, all three figures within a pointed arched panel surmounted with palmette and scrolled ornament; the principle figure stands, Venus-like, atop a dolphin issuing water from its mouth into a protruding demi-lune dish, the dish in turn, via four spouts issues water into the larger demi-lune pool below with a moulded stone kerb,

We know that the previous owner of the fountain acquired it from Lionel Tertis (1876-1975), the celebrated viola player and fellow Wimbledon resident. Tertis owned a sizable property Alvington House in Marryat Road. He is known to have been a connoisseur of the arts – his collection of sculpture in his garden included works by Henry Moore and this fountain.

The work was commissioned in the 1930’s at a time that relief-carving of Portland stone in London – both purely sculptural and architectural – was at its heyday. If the likes of Gill, Epstein, Wheeler or Bayes did not have a hand in this figural fountain then their influence is clearly to be seen in it.

The fountain was disassembled and moved to a friend’s house around the corner in the 1979 where it was rebuilt four years later. 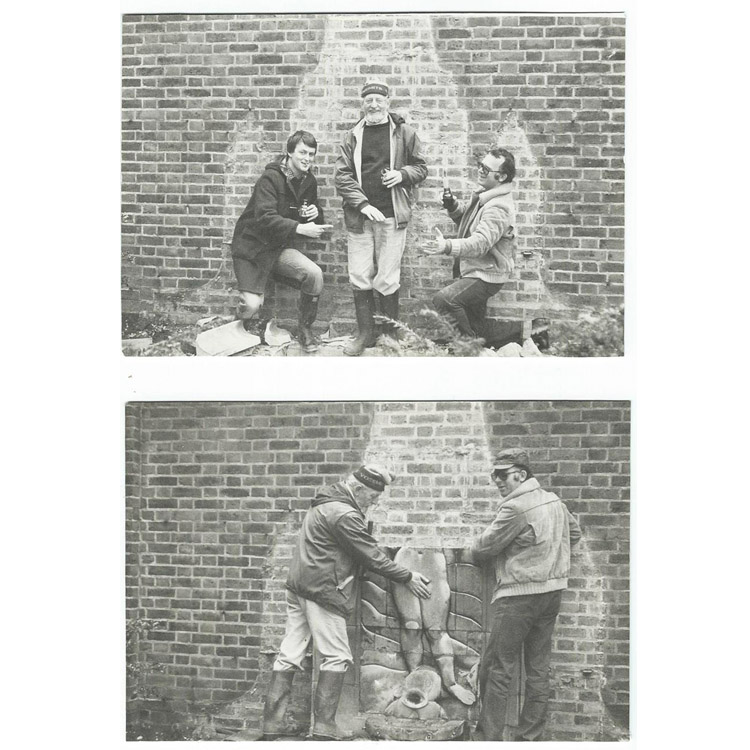 It is probably a whim but the figure has long been known as “Evelyn”. And an anecdote, said to have originated with Mrs Lillian Tertis (d.2009), sketchily attributes the stone carving to Blair Hughes-Stanton – a wood-engraver (husband to Gertrude Hermes). However the subsequent owner looked into this claim and not only does the work appear to be of a different hand, the Hughes-Stanton family have no recollection of the carver ever working in stone. It seems to be a mis-attribution.