LASSCO has salvaged a large stock of Edwardian Baltic Pine from a site with a history stretching back to 200 A.D. 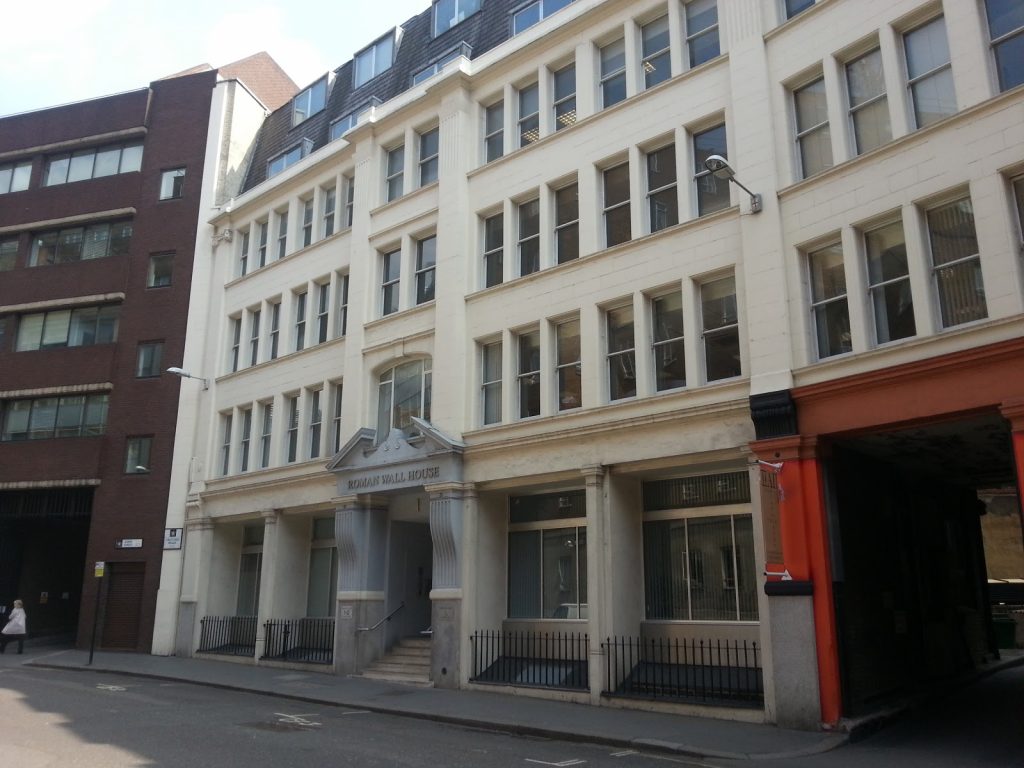 Roman Wall House was built as a warehouse office in 1902 to service the Docks of the Pool Of London. During its construction a large and previously undetected stretch of London’s Roman wall was uncovered and incorporated into the director’s dining room in the basement of the building. In total almost forty foot of Roman wall standing nine foot high on an eight foot wide base was excavated.

The stretch of wall beneath the offices was first constructed in AD 200 under the Emperor Septimus Severus. Londinium, as it was, was to be used as a base for the invasion of the wild and untamed wastes of Caledonia. As Empires and Kingdoms rose and fell and rose once again the wall was reduced, restored and enhanced. After ridding Old London of its infestation of Norsemen, King Alfred the Great re-founded and rebuilt the city wall in 886 A.D.

The Vikings returned in 994 A.D. but were repelled and London’s refounding was consolidated. After the Norman Conquest substantial improvements were made to the wall. Towers, crenelations, bastions and further gates were added in the twelfth century. The Wall reached its most imposing physical form in the late fourteenth century. By that time the entirety of the Old City can be said to have been ringed in brick and stone punctuated by seven City Wall gates and the four bars as well as thirteen water-gates on the Thames where goods were unloaded from ships.

The wall that had survived war, fire and pestilence was eventually to succumb at last to peace and prosperity. As London expanded and trade increased that which had seemed a bulwark against hostile enemies began to be viewed as a girdle on the city’s growth. Over hundreds of years the Wall was dismantled piecemeal or otherwise incorporated into new structures. Many streets followed and still follow the old line of London Wall, including Crutched Friars, the street on which London Wall House was erected.

The edifice erected over the ruins of London’s old ramparts in 1902 was built to service the trade of an Empire even greater than that of Septimus Severus. Edward VII was King Emperor of Dominions spanning the world from the Canadian Arctic to the Australian Deserts. London itself was the largest trading entrepot the world had ever known. In 2018 London Wall House is to be demolished to build new steel and glass Student lodgings. Yet beneath it all will remain, carefully preserved and protected, the same Kentish Ragstone and clay-tile edifice, all bonded in Roman cement. It is a stretch of wall which has seen some eighteen hundred years of change.

Inevitably LASSCO can only offer a small moment of such a long history. Ours is that of the Edwardian engine room of Empire. We have salvaged all four floors of Old Growth Baltic Pine floorboards. These hard worn and characterful timbers exude the mellow patina of age and hard use. The pale colouration and lack of knots in the timber is such as is only ever attained in real Old Growth Pine from the Baltic coasts, sailed into the Surrey Docks and worked in the Saw-Mills of Limehouse.