LASSCO has acquired the complete furniture and fittings of the ill-fated modern bistro ‘Le Chabanais’, lately showered with ordure in the pages of The Daily Telegraph and the Guardian. 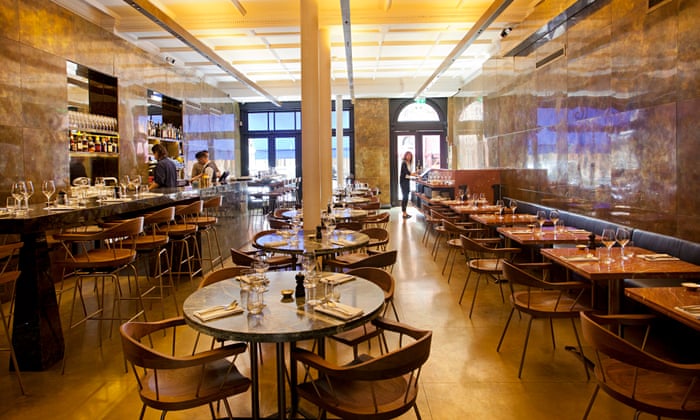 It is a commonly held misapprehension that Henry VIII naval flagship, the Mary Rose, sank on her maiden voyage. The fate of the barque, packed to the gunwales with all the material necessities and lavish auxiliaries of a period in English history unsurpassed in ostentatious luxury is widely perceived as a fable of Hubris and Nemesis.

In fact the worthy old Carrack put in thirty three years solid service before succumbing to the clutches of Poseidon and coming to rest at the bottom of the Solent. This has rather left a gap in the market for moral exemplum of vainglorious just-desserts served cold. The french restaurant Le Chabanais, late of Mount Street W1, now grimly fills this vacancy.

No expense was spared in the kitting out of the bistro as it sought to emulate the galloping success of its Parisian counterpart Le Chateubriand in Le quartier de la Folie-Méricourt. Furniture was made to order in choice marble and solid hardwoods, serving ware was commissioned in a restrained minimalist-moderne aesthetic and the entire restaurant was dressed-all-over in dull brass like the Laver of the Tabernacle.

Far be it from LASSCO to comment on matters of gastronomical controversy, but the settled consensus among the experts seems to be that Le Chabanais rather overdid it. They gilded the lily, so to speak, as the successful Parisian counterpart to the establishment was apparently characterised by a restrained, down-at-heel aesthetic.

After a series of unkind reviews in the papers Le Chabanais decided to cut its losses and close. Clearly the world was too cruel a place for a cherry sorbet with olives in it. ‘Whereof one cannot speak, thereof one must be silent’, as far as LASSCO is concerned.

“My shoulder of pork is hidden under purple sprouting broccoli. When I dig through it I find something that has been shaved to resemble a late Friday night doner kebab. It’s nice enough but makes me think fondly of a good doner kebab, which might not have been the plan.”

Was an observation of Mr Jay Rayner in the Guardian. An even less generous appraisal was offered in the Daily Telegraph:

“Our dishes were removed virtually untouched, no comment was forthcoming… and of course both were charged for. We ate little, and poorly: the bill was £150. Oh, dear God in heaven: what a place.”

LASSCO, however, concedes to no one when it comes to matters of salvage and reclamation, so when the restaurant critic of the Telegraph offers an appraisal of the material contents of the restaurant we suggest they are rather straying from their fit and proper province:

“The interior has been dealt with at colossal expense by an architect, so I hardly have to tell you how unutterably foul it is.”

Well, we happen to disagree. As a time capsule of a particular period in metropolitan excess and an essay in sybaritic chutzpah, Le Chabanais really is the last word. Mary Rose eat your heart out. The quality of the commissioned furniture and the integrity of the materials – walnut, brass, marble, – is excellent and their conception is nothing if not ambitious.

After all, the restaurant was named after a famously luxuriant Parisian bordello of the early 20th century and you can see the effect its designers were trying to emulate. The future King Edward the VII had a memorable ‘love seat’ specially made for his regular youthful visits to the brothel which laudably combined elegant roccoco detailing with a robust and practical good sense. Sadly it seems this exquisite synthesis of form and function does not appear to have been achieved at the Mount Street incarnation of Le Chabanais.

Digestibus non est disputandum is as good a rule of thumb now as ever it was, particularly and especially with regard to food. after almost 40 years in the reclamation business, however, LASSCO however reserves a prerogative right of critical judgement with regards to furniture and fittings. As emblematic of a particular time and place, as well as suggestive of the eternal mud-wrestling match of Hubris and Nemesis the interior of Le Chabanais will take some beating.