LASSCO has come into posession of a large quantity of reclaimed Victorian maple strip flooring from the Ogden’s tobacco factory in Liverpool.

Ogden’s Imperial tobacco factory was constructed in Liverpool on its Boundary Lane site in 1899 by the Architect Henry Hartley in a heterogeneous and pleasingly indiscriminate ‘Queen Anne style’. It was a statement of proper pride and confidence by a firm that would see its fortunes shadow the growth and eventual decline of the British Empire. 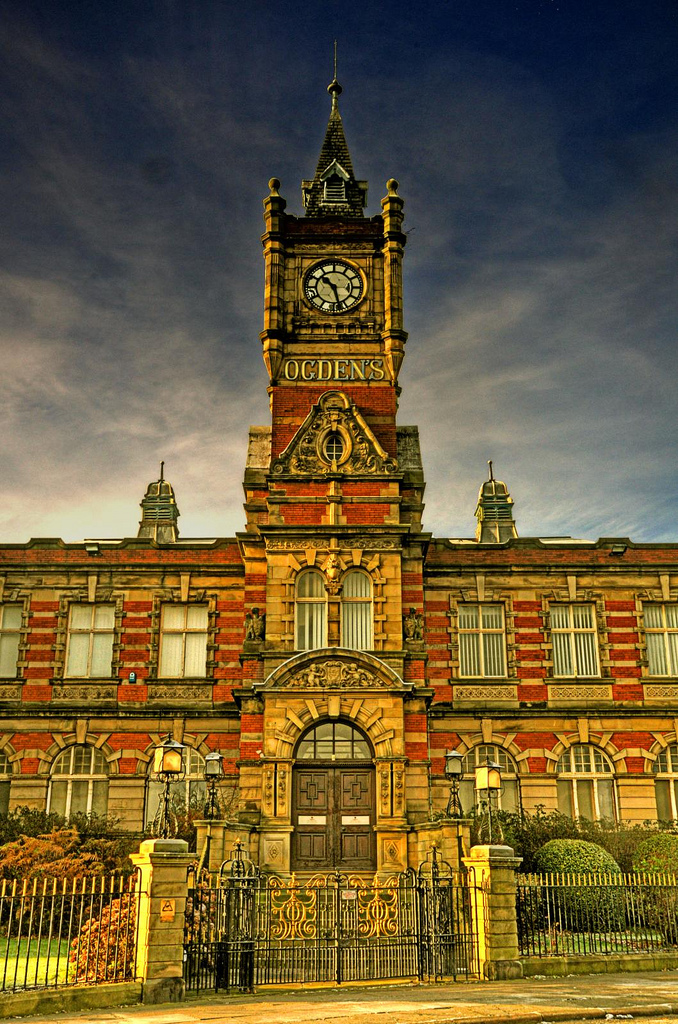 The factory and offices were set around a fantastical central clock tower with pressed red-brick side wings topped by elegantly practical hipped roofs dressed all over in contrasted sandstone and light moulded cornices. The main frontage presented an elaborate large entrance doorway, incorporating pairs of carved consoles beneath a keyed arch and segmental pediment with carved cherub figures, foliage designs and coat of arms displaying the Ogden family crest. Throughout the works only the finest, most elegant, appropriate and reliable materials were used. Not only in the finely articulated mahogany panelled board rooms but extending even to the handsomely robust maple flooring of the factory floor itself.

The firm had grown from something of a back-room family affair in its early days when in 1859 Thomas Ogden started a tobacconist business from his premises on 54 Park Lane where he was also a leather dealer. The growth of Liverpool as one of the great Imperial entrepots and the timely innovations of the Ogden dynasty ensured the burgeoning prosperity of the firm. Ogden’s, for instance, was the first company in the world to introduce the idea of collectible illustrated cigarette cards.

The same Ogden’s factory floor in 1910

Inevitably changes in production costs and public attitudes to smoking itself initiated the slow decline and eventual closure of the once thriving tobacco factory. With the ongoing redevelopment of the factory site, LASSCO is pleased to offer this solid Maple strip flooring that once did good service in the Ogden works, extracted as it was from the vast forests of the Dominion of Canada and carried into the heart of one of the great cities of Empire.