Look out for the latest issue of London Magazine (January 2016) that gives a great plug for the salvaged Westminster Bridge, currently for sale at LASSCO Three Pigeons. 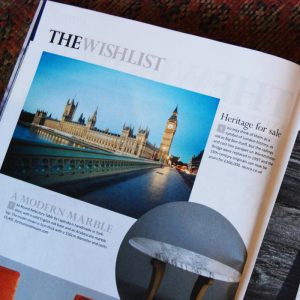 You may think of them as a symbol of London history, as old as Big Ben itself, but the railings and cast iron parapet on Westminster Bridge were replaced in 1997 and the 19th-century originals can now be yours for £306,000 (Sic.). lassco.co.uk”

We have 180 tons of the famous ironwork available and will be exhibiting some of it at the Listed Property Owners Club show in London next month. More information here. (We don’t know how The London Magazine calculated that the published £250,000+VAT would make £306,000!? There’s an extra £6,000 crept in there from somewhere!).