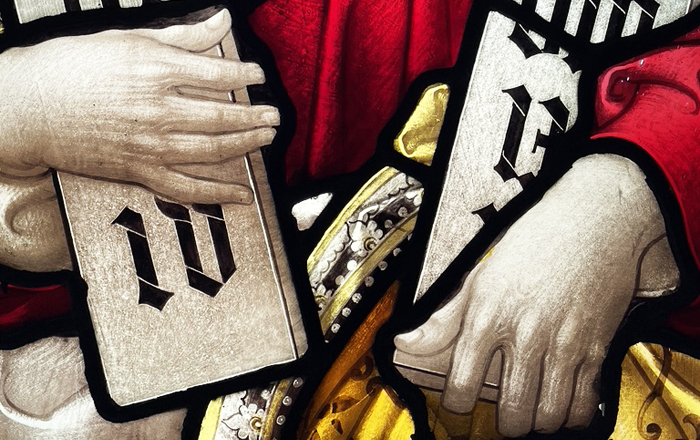 We are thrilled to have bought a wonderful series of stained glass windows. One pair, depicting Calvin and Knox the great Reformers, are by Andrew Stoddart 1876-1941.. His work was widely exhibited and highly sought after. They are joined by six windows depicting standing figures, these by Clayton and Bell – one of the best Victorian stained-glass workshops: Moses, King David, St. John the Baptist, Jesus, St. Stephen and St. Paul the Apostle. With them are six smaller panels depicting bible stories corresponding to those figures.