the circular domed top raised on a tapered square section base, old lichen and moss, 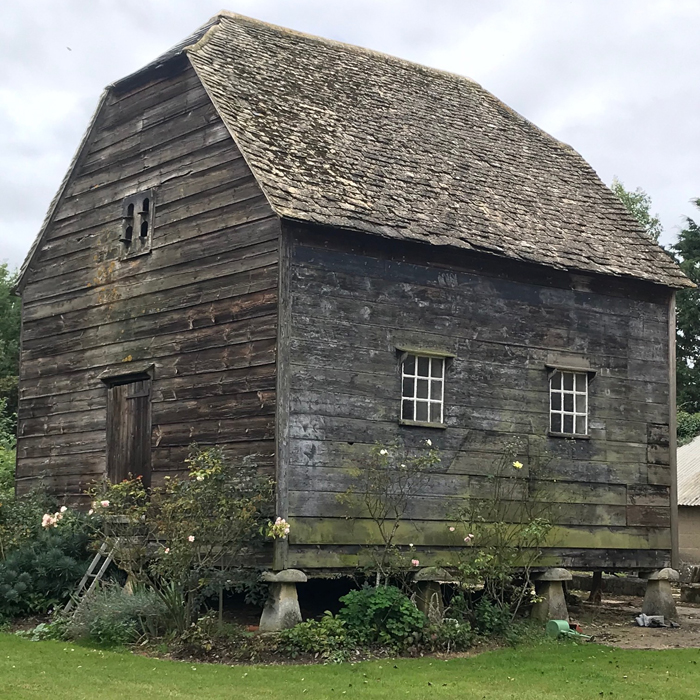 The staddle stones usually had a separate head and base which gave the whole structure a 'mushroom' form. Different areas adopted different designs – so vernacular styles can be identified - square tops, fluted designs and slate tops - the shapes can vary from cylindrical to tapered, in plan - rectangular to near triangular.  The material used for these heavy stones would obviously be whatever was locally available. The tops are usually flat to support the beams of the granary base.

The Museum of Scottish Country Life near East Kilbride has two 'Stathels', made in Edinburgh of cast iron and there are similar sets at The Chiltern Open Air Museum. The structure is basically a cast iron version of a set of staddle stones with a connecting wooden framework.