This striking piece of High Victorian furniture was found by LASSCO, stored in a garage in a neighbouring village to Milton Common in Oxfordshire where LASSCO Three Pigeons is located. It hasn't travelled far from Woodstock where Parker's upholstery and furniture business was located.

The diamond registration mark on the drip tray reveals that the hallstand would have been made soon after 1861 when the design was first registered with the National Patent Office. It is registered as "An Ornamental Coat and Umbrella stand, No.82859, John Parker of Woodstock, Upholsterer. Proprietor". Parker clearly thought that his idea to use antlers as part of the construction "had legs" but we are unsure how many were produced ultimately. An example of only the lower section of the hall-stand - a "stick-stand" - did appear at Christies a few years ago (and performed well). 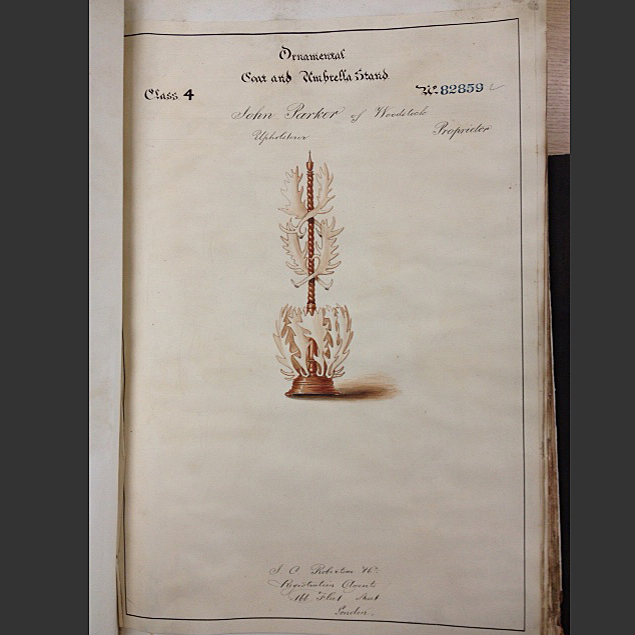 Great for a hunting lodge, castle hallway, restaurant check-in or as an unusual focus-piece it is a collectable piece of furniture. A search through the massive tomes kept at the National Archives in Kew reveals that Parker's concept was there but the design, as registered, had the pilaster upstand as a wrythen post. We conjecture that this design would have had inherent weakness if it had ever come to construction. The present example is probably the result of design improvement in the workshop - under the same patent registration. 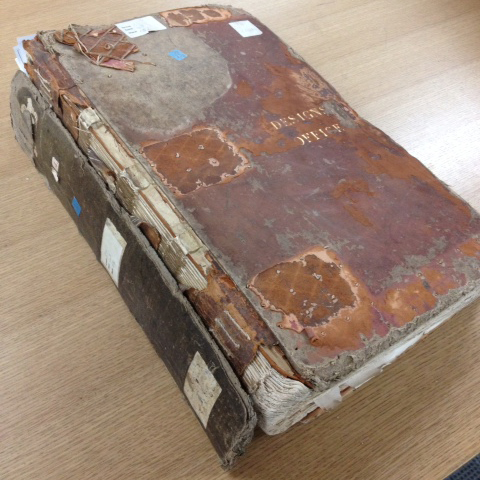 Enquire about "A Victorian oak and pine antler hallstand,"