casts of the vermiculated rusticated quoins originally made by Eleanor Coade, c.1775, a set forming a facsimile of one of the noted Georgian doorways of Bedford Square,

a set, comprising blocks, voussoirs, imposts and a keystone, cast in relief, can be cast to order as rectangular and tapered plaques as required - and available either in plaster or Composition Stone, the latter for external use, is more expensive to produce - please request a quote; each plaque with the repeated stylised fissures and undulations of limestone, in the manner of Renaissance rusticated architectural courses and grottos,

In summarising the story behind the striking door surrounds of Bedford Square - the vermiculated quoins by Coade - we simply can not do better than quote Andrew Byrne at length. His book "Bedford Square - An architectural study" Athlone Press 1990 covers all aspects of the remarkable Georgian Square in Bloomsbury in some detail:

"The most striking embellishment of the plain brick houses of [Bedford] Square is their conspicuous doorways. The semi-circular openings are framed with large vermiculated blocks and voussoirs, imposts and keystones all of which are artificial stone. This is Coade stone that came from the Coade Lithodipyra, Terra-cotta or Artificial stone Manufactory, established on the Thames-side at Narrow Wall, Lambeth in 1769. 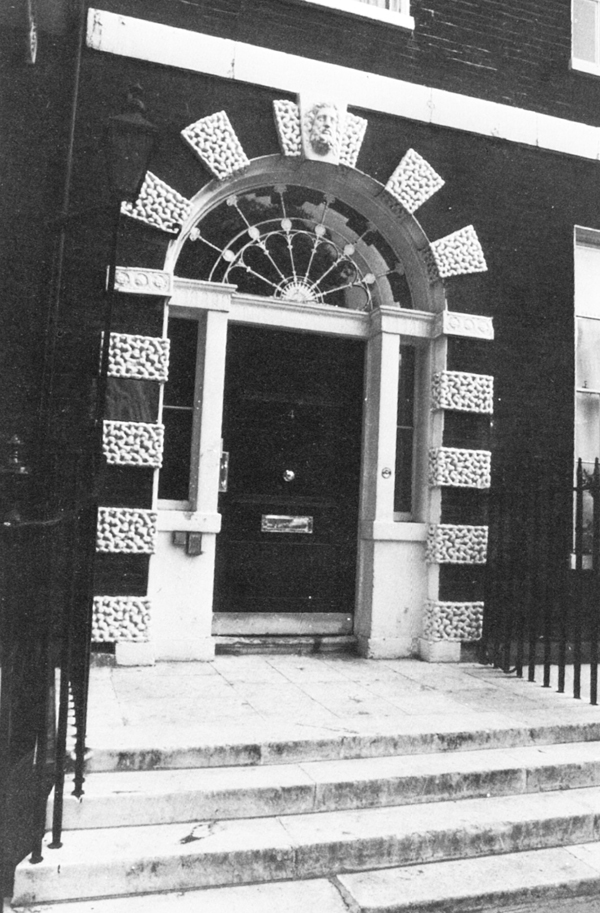 Coade stone proved itself to be one of the great building materials of the Georgian era after its introduction in the 1760’s. Far from being seen as an inferior substitute for more expensive natural stone, it was taken up by virtually all the leading architects. Sir William Chambers used it for the parapet vases at Somerset House, Robert Adam used it at No.20 Portman Square, James Wyatt decorated the front of his house in Foley Place with it and, just around the corner, some forty years later, John Nash used it for the Ionic capitals of the portico, and the Corinthian capitals of the drum tower, of his church of All Souls, Langham Place which was otherwise constructed of Bath Stone.

Its repetitive use at Bedford Square typifies the healthy attitude towards standardisation and mass production in an age obsessed with good taste. It is difficult to pinpoint the reason why this type of doorway was produced by Coade and used so extensively at Bedford Square and then in so many parts of London, but the 1774 Building Act certainly had a lot to do with its subsequent popularity. The bulky Palladian doorcase was already long since out of fashion by the year the Act was drafted, ousted by the more delicate doorways of the Adam school. The Act firmly reinforced the demand for this type of doorway although it did not, as is commonly thought, completely ban woodwork from the fronts of the houses. While it decreed that there should be no external wooden decoration, it made exceptions, one of which was for frontispieces to doorways of houses of the Second, Third and Fourth Rates. The houses in the square, all of the First Rate, therefore required something other than wood, and what better than the successful new artificial stone from Lambeth. 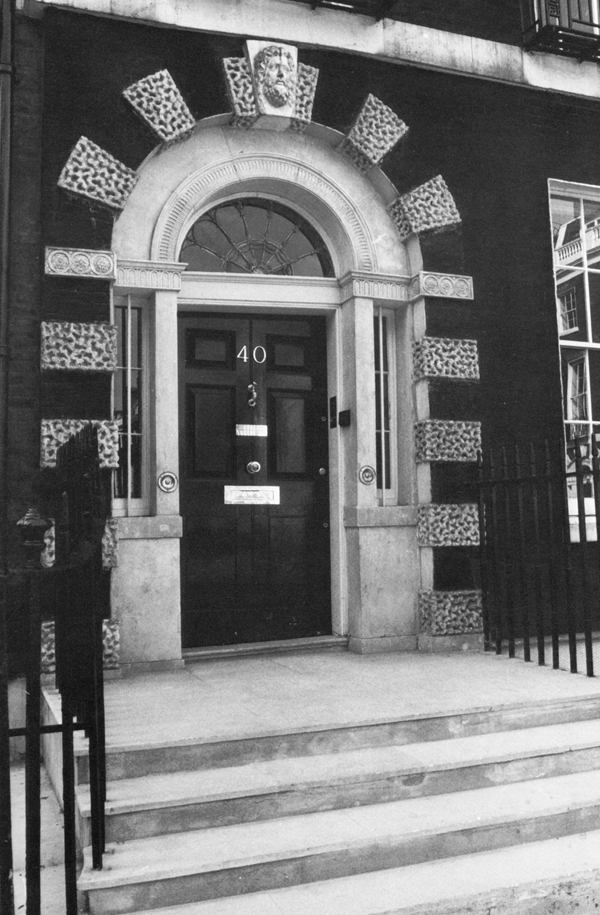 The Coade Stone doorways in Bedford Square are probably the earliest surviving examples of their type in London, a type that was promoted by Coade and used all over the country, but particularly in the capital. There are good examples, all later than Bedford Square, at Thurston House in Rectory Grove, Clapham and at No.7 Nightingale Lane on the west side of Clapham Common, in Baker Street, Harley Street, New Cavendish Street and Clarges Street in the West End, and more modest examples in Kennington Park Road and New Road, Whitechapel. There is an example on the side doorway of a house in Camberwell Green and also in Charterhouse Square, Clerkenwell. In Exeter they can be seen decorating the fine houses in Southernhay. All these examples date to within about forty years of their appearance in Bloomsbury.

While Portland stone has weathered, Coade Stone remains as intact as the day it left Lambeth. This was something certainly not lost on the proprietors, as they pointed out in their 1784 catalogue; “The property which this artificial has above natural stone, of resisting the frost, and consequently on retaining that sharpness in which it excels every kind of Stone Sculpture, renders it particularly fit for statues in parks and gardens, also for tombs and monuments in the church yards of this, or a severer climate.

The Coade Stone used at Bedford Square is listed in Coade’s Gallery, a catalogue published in 1799. Given as a joint entry with Gower Street, it reads “Rustic Frontispieces for Doorways, Guilloche Fascia etc." "