We would like to thank Chris and Greg of Native Feasts for another superb Pop-Up extravaganza this weekend; a banquet amidst the salvage.

Tickets for Friday and Saturday nights were sold out within hours and the happy crowds each night enjoyed cocktails around the firepit before filing in for the Feast.

This time dinner – cooked on the grill outside – was served in the gilded splendour of LASSCO Three Pigeons’ new shop space which displays a carved and gilded oak dining room – salvaged by LASSCO from Alresford House. In the candle-lit room the Native Feasters enjoyed lamb ribs in a sumptuous salsa verde, Cornish mackerel with chimichurri three citrus, and quail tikka with lime and raita – everything with delicious accompaniments.

Alresford House was built by Admiral Lord Rodney on the proceeds of his success on the High Seas in the 18th Century. But the carved dining room probably hasn’t witnessed such a knees-up as ours since First World War flying-ace Wing Commander Gerald Constable-Maxwell, a later resident of Alresford in the mid 20th Century, owned it. The Wing-Commander doubtless had a few long nights entertaining in the room and had a few stories to tell – as a bi-plane fighter pilot he’d had enormous success on the wing, with thirty enemy planes to his credit.

The combination of gilded splendour, good wines, fabulous food, great music and a relaxed crowd went down a storm – if we can get the dates lined up there’ll be more Native Feasts this summer (whether we still have the panelled dining room in stock or not!). 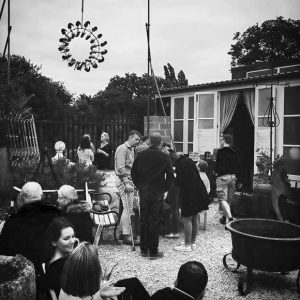 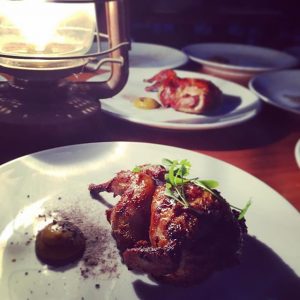 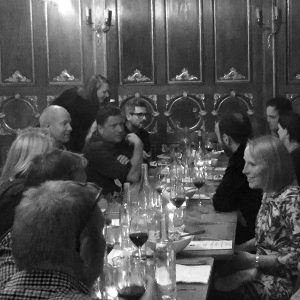 In the meantime – for this Sunday’s Barbeque – 18th June 2017, Father’s Day, we have our second Brazilian Churrasco. All are welcome to experience some peerless grill action in The Three Pigeons gardens … it is forecast to be Hot and all Dads get a free beer! More info here.