Getting a horse onto a ship, or off it, is more of a challenge than you might think. They don’t do steep gangplanks. In the days before roll-on, roll-off ferries, hydraulic platforms and containers, everything went over the gunwales – and most of it by crane, lowered vertically into the hold. The forest of cranes that lined both banks of the Thames from the Pool of London eastwards – Wapping and Rotherhithe, the Royal London Docks, Woolwich and Chatham were testament to that. The cranes have now largely gone. Boarding horses must always have been difficult – it was an age-old problem – it isn’t just a question of the animals going in two-by-two.

The massed cavalry battles of Napoleonic conflicts and later The Crimean War saw vast quantities of horses crossing the channel. The Boer War saw significant numbers of horses being shipped long distances. Then came The First World War. By 1918, the British Army had 220,000 supply horses, 220,000 supply mules, 110,000 riding horses, 90,000 gun horses and 75,000 cavalry horses in France. Come the Armistice, equine de-mob was a major logistical challenge, but many were brought home.

­­Some time ago, LASSCO helped the Museum of London clear its vast stores of non-accessioned collections at Convoys Wharf, Rotherhithe. Amongst the anchors, gang-planks and cannon that we cleared in that disposal were two large crates – like heavy duty carts without wheels. These were “Horse-lifting boxes”, rare survivors, originally from the London docks. With a door at each end, lifting points at each corner, remains of a padded interior and iron hoops over the top – to prevent a horse rearing up – these were the means by which stevedores got the horses loaded and unloaded when spring tides or unsuitable wharves made gang-planks impossible. It must have involved expert handling to quickly and continuously get the nervous animals in the boxes in the clamour of a dockyard. The boxes offered a much kinder way of lifting them; they were otherwise hoisted with slings (see above).

These boxes are poignant reminders ­­­of the important role that horses played in Edwardian times, particularly to the military, and what the horses must have endured. We are therefore delighted to have sold the boxes, two of them, to The Horse Trust for their museum … there could not be a more apt place for them to end up. Two by two – hurrah.

The Horse Trust is a fabulous charity, not far from LASSCO Three Pigeons in a secluded valley in the Chilterns. An impressive quadrangle of stables and ample pasture provides a serene backdrop for around 130 horses, most of them retired from working lives in the Police or the Forces. The Trust has a long history – originally it saved London’s cab-horses in the 1880’s and soon became involved in helping horses returning from the Boer War. Please click here to learn more about the work they do. Their museum currently has a display focussing on the life and work of horses during the First World War. 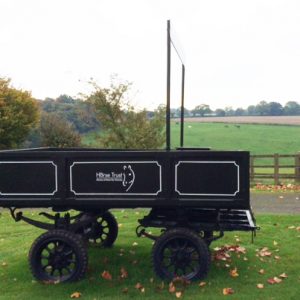 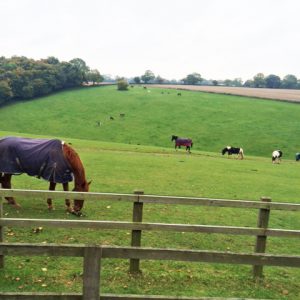