The Archway Central Hall was the last of the great Methodist Central Halls to be built in London, when it replaced a more modest chapel of 1873. The building was designed by George E and K G Withers in a limited competition and built in 1933-4 by C P Roberts and Company Limited (builders of Islington Central Library). 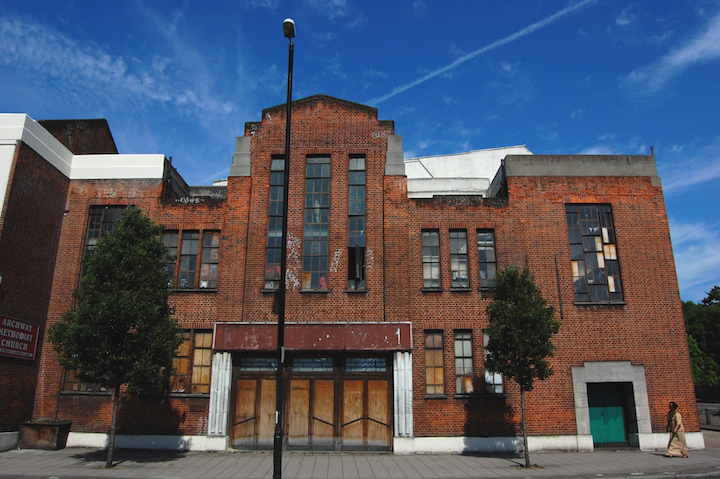 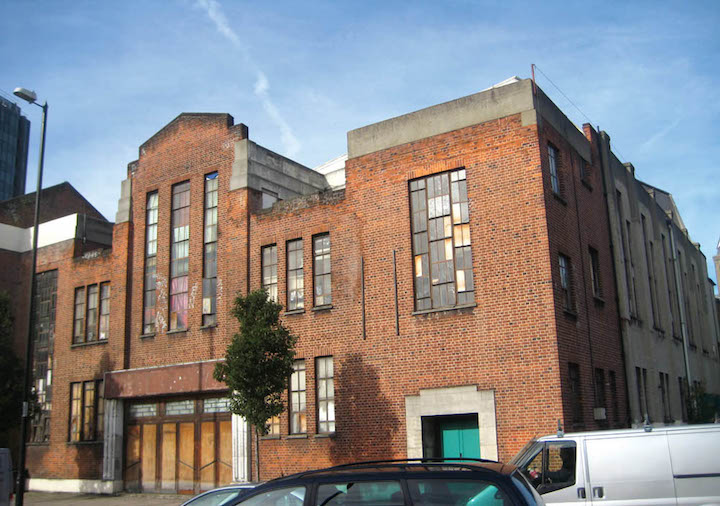 The ‘Picture House’ appearance of the building was entirely intentional, being modelled on the contemporary Odeon theatres that were appearing across London in the 1930’s. A famous example of these being just a half mile down the Holloway road from the Hall itself. 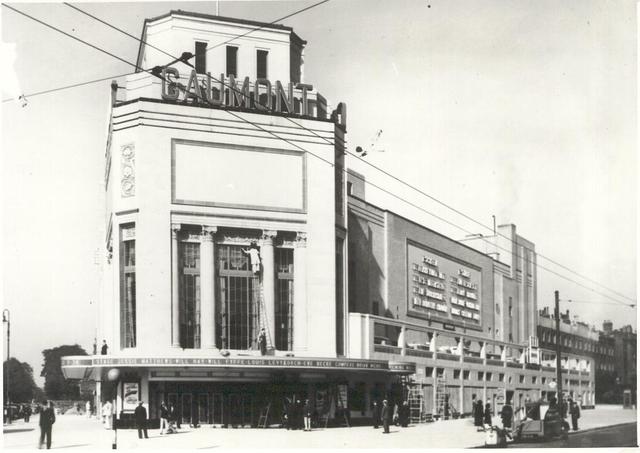 This ambitious blend of the sacred and the frivolous was down to the visionary optimism of the staunch Methodist and trail-blazing film maker J Arthur Rank, who largely funded the building.

Far from viewing the mass-appeal of the nascent Picture Houses as disastrous competition for Houses of Worship, Rank took them as a business model to be imitated. 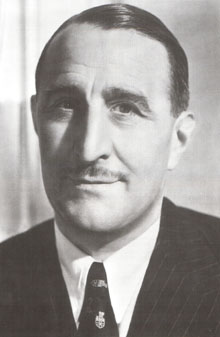 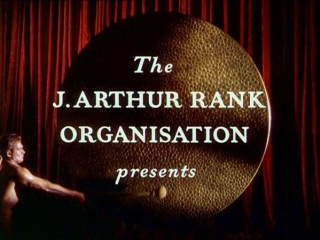 In matter of fact, the building was frequently and deliberately used for picture screenings and concerts. A fully equipped projection suite was fitted out and on Saturday afternoons, films were to be screened for local children. The Gallery, from which the LASSCO Leatherette seats originate would have aspired to emulate exactly the spectacle and involvement of a 1930’s trip to ‘The Pictures’. 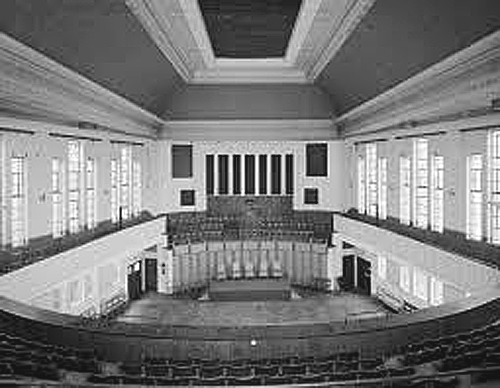 The view from LASSCO Cinema Seats

The Gallery remained intact until very recently, with original 30’s brown leatherette tip-up seats with wire hat-racks underneath. When the decision finally came to remodel this bravely modern Picture House of the Lord, LASSCO was fortunate to be able to acquire and restore the relics within.

Our Carpenters and workshop staff have disassembled and reordered the longest of the runs of seats into rows of three and four but, on special commission, rows of up to eight long can be made. 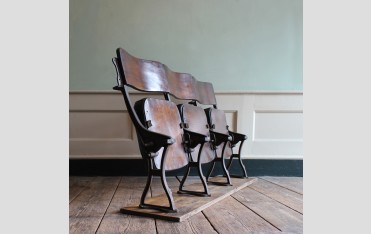